The Florida Department of Transportation (FDOT) will soon choose a new general contractor to complete the diverging diamond interchange at Interstate 75 and Florida State Road 56 in Pasco County town of Wesley Chapel. The deadline for receiving new bids closed the third week in August. 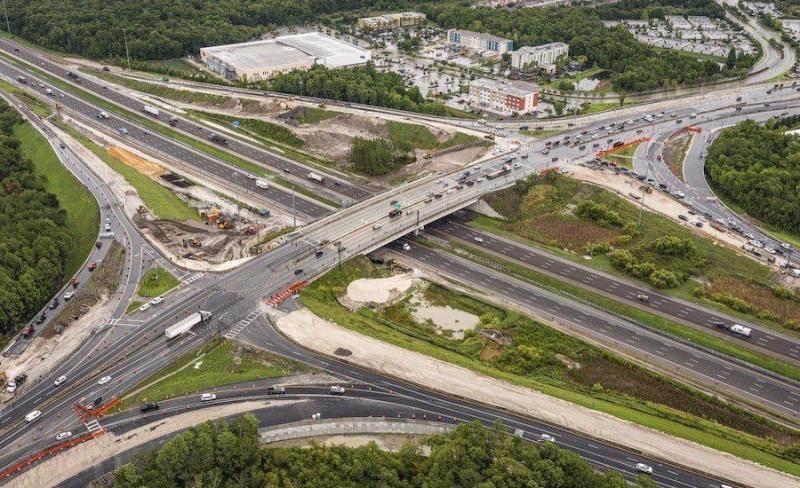 The original million project near Tampa is one of seven central Florida road projects that were left unfinished by the construction company in charge of the work when it announced that it was closing its business in July, noted the Tampa Bay Times.

After three decades of construction history in the region, D.A.B. Constructors, in Inglis, Fla., said that it took the action in the wake of a dispute with the state transportation agency. The ongoing projects collectively represent more than 0 million in contracts. Each of them is in FDOT's District 7, which includes Citrus, Hernando, Hillsborough, Pasco and Pinellas counties.

Delays in the diverging diamond project have been a hot topic for Pasco officials, who hoped the job would be done before this winter season. In addition, nearby residents and businesses also are looking forward to relief from congestion and construction caused by the project.

The Times reported that all seven road projects, which amounts to tens of millions of dollars in unfinished construction, will now be completed through the various surety bonding companies on each job. FDOT is dealing with each individual contract separately, while also addressing specific issues on job sites left behind when D.A.B. shut down its operation.

For its part, D.A.B. told Engineering News-Record that the company walked away from its ongoing projects after FDOT defaulted it from the I-75/FL 56 interchange project and allegedly failed to reimburse the contractor more than million in costs on a separate .8-million contract.

D.A.B. officials also blame the state for design problems that prevented them from finishing the job.