The Longest Underwater Tunnel in the World

Spanning eighteen kilometers, the new Fehrman Belt fixed link between Germany and Denmark is set to be  the longest and fastest underwater tunnel in the world. When completed, it will cut travel time down to ten minutes by car and seven minutes by train from Rødbyhavn to Puttgarden, a crossing that now takes forty-five minutes by ferry.

Once completed, the tunnel promises to reduce travel time, strengthen ties between Scandinavia and Central Europe, form a greener traffic lane, and boost train transport. The ten billion euro price tag, therefore, promises to be worth it and has the stamp of approval from the European Commission’s Ten-T Programme.

The underwater fixed link tunnel will consist of two two-lane highways divided by a service passage and two separate railways. 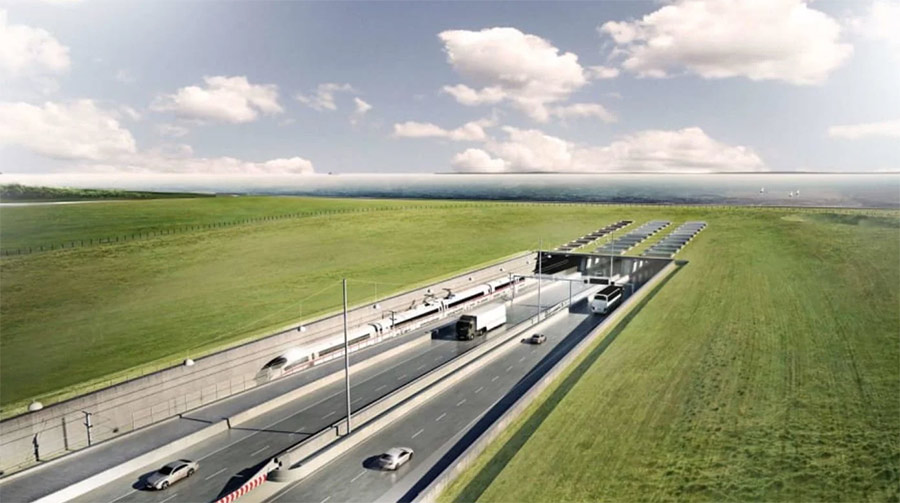