Recently, the whole line of Ningbo Zhoushan Railway (Ningbo Zhoushan, Zhejiang), a world-class sea crossing project, was started. Ningbo Zhouzhou Railway is the first cross sea railway with dual use of highway and railway in Zhejiang Province, and a supporting transportation channel of "Yiyong Zhouzhou Open Channel". The total length of the main line is 76.396 km, starting from Ningbo East Station in the west, passing through Yinzhou District and Beilun District of Ningbo City, and extending eastward to Jintang Island, Zizi Island and Zhoushan Island in Zhoushan City. The design speed is 250 km/h. There are 7 stations along the line, with a total investment of 27 billion yuan. The line successively crosses Jintang Waterway, Xihoumen Waterway, Taoyaomen Waterway and Fuyimen Waterway, with a total length of 10km across the sea.

There are 36 large and medium-sized bridges and 17 tunnels along the Ningbo Zhouzhou Railway, with a bridge tunnel ratio of more than 90.26%. Among them, the Jintang undersea tunnel, with a total length of 16.18 kilometers, is the first undersea high-speed railway tunnel in China and the longest undersea high-speed railway tunnel in the world. One fifth of the total mileage of the line goes deep into the sea floor. It is the underwater shield tunnel with the longest design length and the largest water pressure. 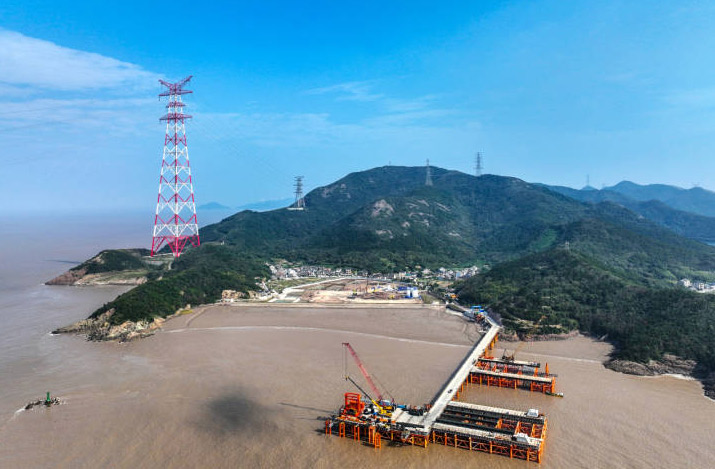